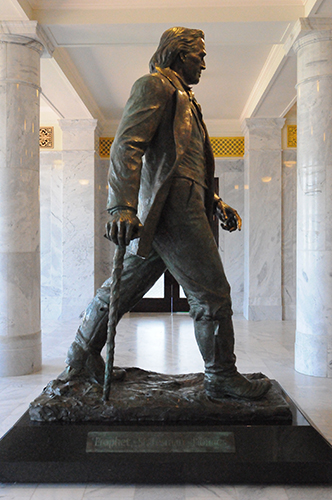 In 1849, Brigham Young petitioned the Federal Government for territorial and later statehood status. In 1850, the Territory of Utah was created. In 1851, U.S. President Millard Fillmore appointed Young as the first territorial governor and held this position through 1857. Under Young’s direction, the Salt Lake Valley thrived–land was cleared; roads, bridges, railroads and schools were built; mail service was established; and militia was organized.